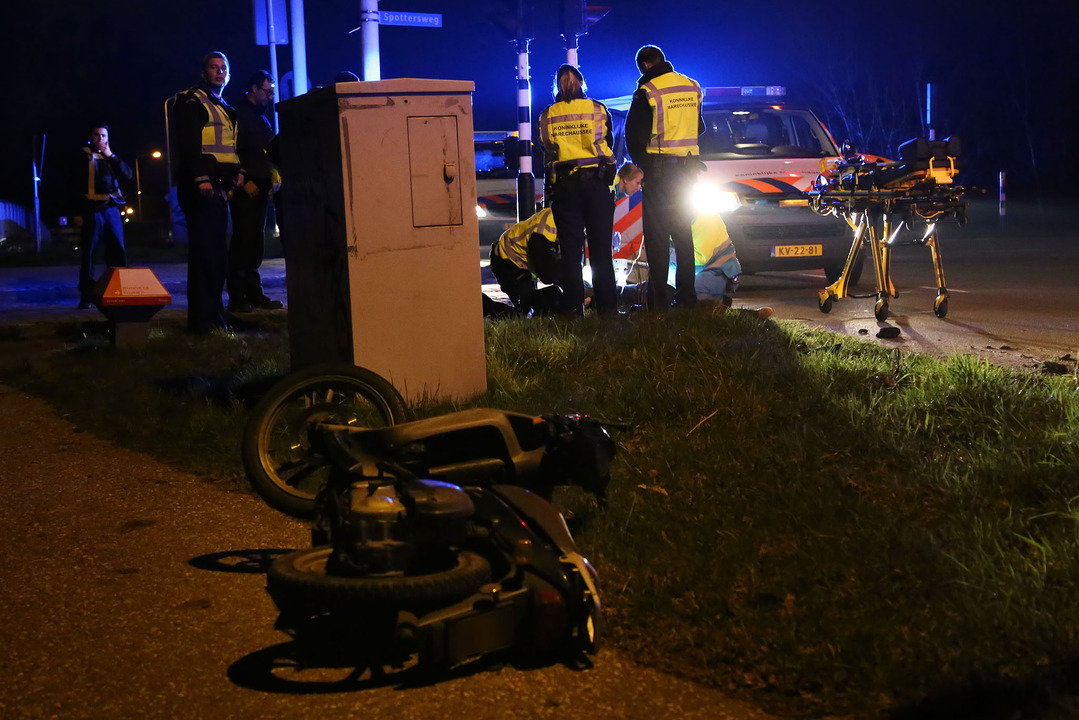 A man on a scooter was seriously injured in an accident on the Oirschotsedijk Eindhoven. The man was hit by a car as he crossed the road. The accident happened near the Spottersweg.

The injured man was laid on a backboard and received a collar by ambulance personnel. He was also given oxygen and a leg splint. Because of the accident ambulance, police and the Royal Military Police were on site.

The driver of the car was not injured. How the accident could have happened is still not clear. It may be that one of the two drivers ignored a red light.