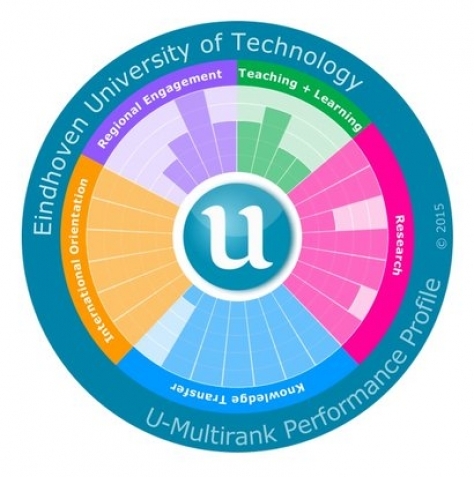 Eindhoven University of Technology (TU/e) is among the top 8% of best universities worldwide, according to the U-Multirank survey published yesterday.

TU/e gained the highest achievable score (A) on almost two-thirds of the criteria. That puts the university among a select group of higher education institutes receiving more than ten ‘A’ ratings. Only Wageningen scores slightly higher, out of all the universities in the Netherlands.

The list covered 83 countries and took into consideration more than 1,200 educational institutes, 1,800 university departments and faculties and 7,500 teaching programs. More than 85,000 students took part in the survey.

The U-Multirank was developed by an independent consortium of educational and research institutes, and is financed by the European Union. The aim is not so much to draw up a ranking, but instead to make universities more easily comparable.