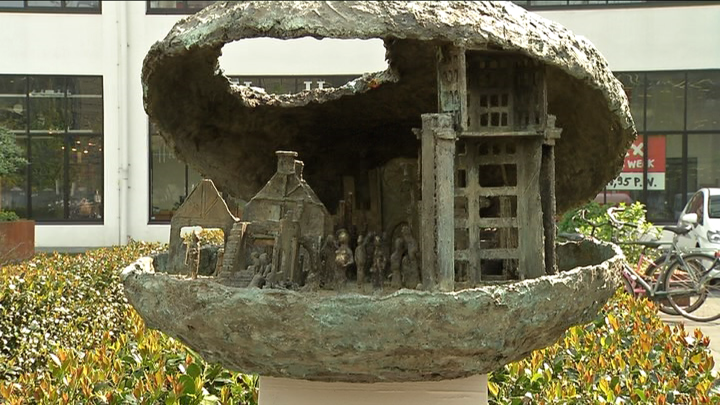 Amnesty Eindhoven is in the process of making a ‘walking-app’ along memorial places in the city. Along the way, the walker will hear and see additional information on particular locations through the app. Among others Mayor van Gijzel made a contribution. This was told by Bernard van Bakel of Amnesty Eindhoven.

The app takes you along mainly places that commemorate events from World War II. The monument on the Stadhuisplein for example. There, Mayor Van Gijzel added text for the recordings yesterday.

The app is still in development. The application is supposed to be ready approximately mid May. Tourists, as well as Eindhoven citizens themselves can then discover special places in the city using the app.

Among others in Vlissingen and Maastricht they have something similar. And there it is very successful, at least more and more people are making use of it, knows Van Bakel.