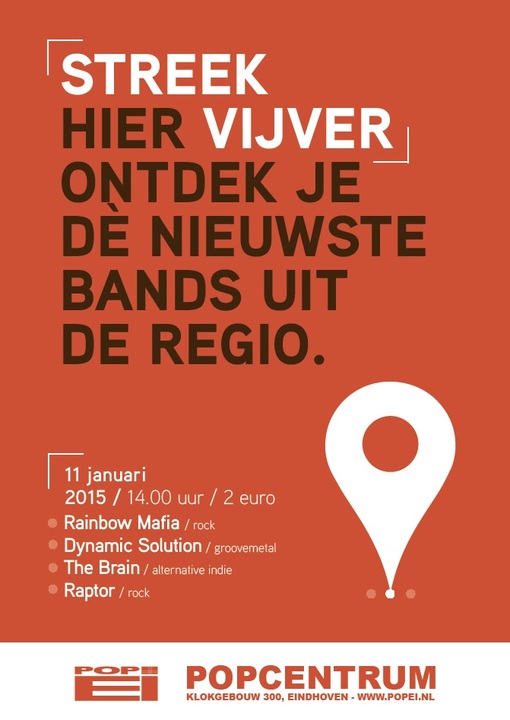 “Groen” is the name of the new stand-up comedy show organized by the Eindhoven cultural centre PopEi Café and comedian Martijn Oosterhuis.

PopEi Café brought to stage novice comedians on Sunday evening to introduce new talent and gave them the opportunity to practice and develop in front of an audience. Some of them attended courses by Oosterhuis, who is known from the television programme ‘De Lamas’, among others.

In addition, the café promoted musical talent also by featuring different bands to perform on the ‘Streekvijver’ (regional pond), an event providing a stepping stone into the market for new bands from the region.

"Groen" is a new show concept held regularly at the PopEi Café, at the Klokgebouw 500 in Eindhoven.