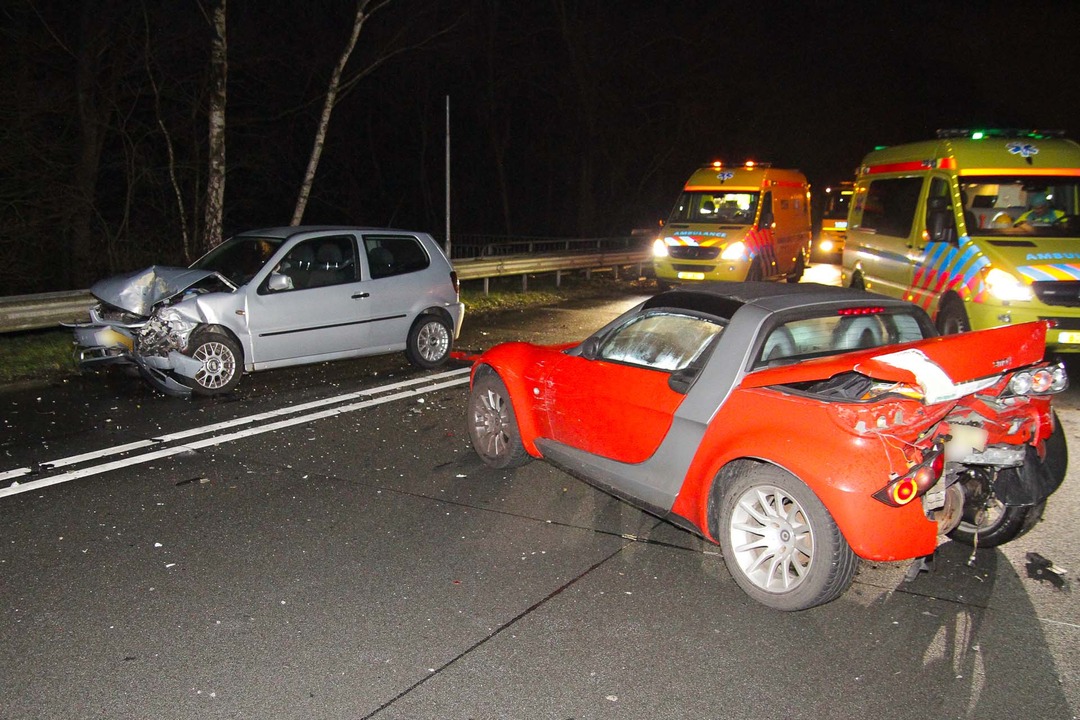 A multiple collision involving eight vehicles, took place on the A270 between Eindhoven and Nuenen yesterday evening. Two people were injured.

The collision occurred in the direction from Eindhoven to Nuenen. The eight cars collided just before 22:30 hrs. The reason for the multiple collision is still unclear. The police are investigating.
Four vehicles were so badly damaged that they had to be towed away by a salvage company. The other four vehicles incurred light damages.
Two people were taken into hospital. The extent of their injuries was unclear at the time.