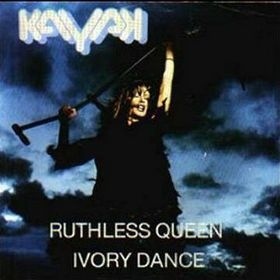 In the days between Christmas and New Year’s Eve the Netherlands is completely obsessed by one subject only: the Top 2000.

Dutch public radio broadcaster NPO Radio 2 started this ‘list to end all lists’ in 1999 as a one off project, to celebrate the new millennium. The broadcast proved so popular that Radio 2 organizes the Top 2000 year after year now. Everybody has an opinion about the list. Some complain there are way too many recent songs in the lists, others complain Dutch music is overly represented. I agree with both complaints, but still the Top 2000 is a great list, especially if you want to learn about Dutch music from – for instance – the seventies.

An aspect of Dutch rock and metal music that isn’t very well known is the success of progressive, or symphonic rock acts. Of course, nowadays Within Temptation and Epica is very popular and back in the nineties The Gathering were pioneers in this genre, their albums are highly recommended but if you are into metal you have probably heard them already. Back in the seventies symphonic rock was a popular genre in the Netherlands. Two of the most famous bands were Earth & Fire and Kayak. Earth & Fire had the biggest hits, partly because of their sexy front woman Jerney Kaagman, who would later become a member of the jury in the first couple of seasons of Idols (the Dutch equivalent of Pop Idols). Earth & Fire scored a total of ten Top-10 hits in the seventies.

Kayak was the more serious of the two. Founded in 1972 by Pim Koopman and Ton Scherpenzeel, they were heavily influenced by the British progressive rock band Yes. One of the earliest members of the band was Cees van Leeuwen. He left the band quite quickly to become a lawyer. In 2002 he was State Secretary of Culture for a short time in the first cabinet of Jan-Peter Balkenende. Kayak wrote primarily album oriented rock, in a time when there was a clear distinction between ‘album artists’, more concerned about writing a concept album, with a coherent collection of songs, and ‘single artists’ who wanted to score hits. Later on in the seventies, the band did score some minor hits, like Lyrics, Wintertime and Starlight Dancer.

Koopman left Kayak to form Diesel and by the end of the seventies Kayak made more pop-oriented music. They even had a Top 10-hit in 1979. The song, called Ruthless Queen, was a rock ballad and can even be described as a predecessor of the ‘fairytale metal’ of Within Temptation. But fairly, there was very few metal in Ruthless Queen. It was a piano-led ballad, perfect for teenagers who wanted to slowdance. A friend of mine who used to DJ at the end of the seventies admitted to me he couldn’t stand the song after a couple of years: everybody wanted to hear the song. Well, not everybody. Some of their fans found Ruthless Queen way too poppy for a rock band like Kayak. They preferred the more heavy older stuff of the band.

Kayak split up soon after, and singer Max Werner had a huge hit in the early eighties with the song Rain In May. It reached the nr. 2 position on the German charts and even reached the Billboard Hot 100. But the enduring success of Ruthless Queen has been confirmed by the 185th in the latest edition of the Top 2000. No Earth & Fire song was placed that high. Fair play to them.