Home NEWS Parktheater got in touch with internationals 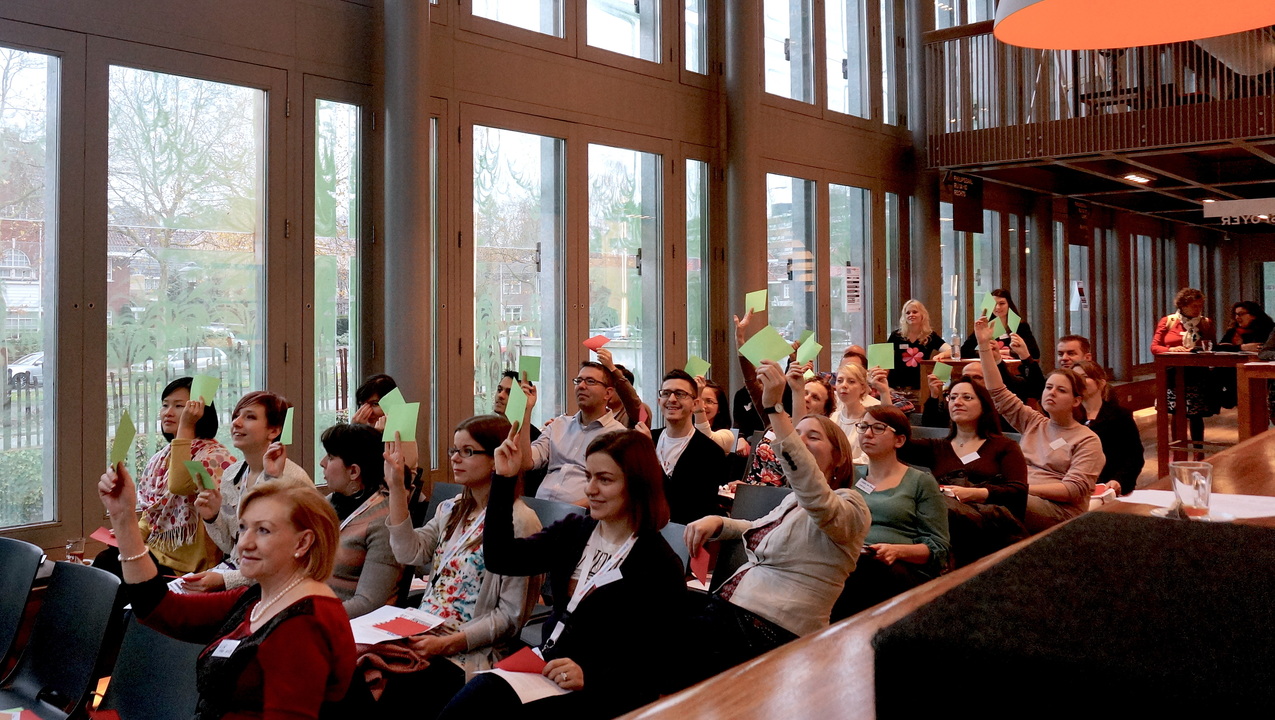 Yesterday afternoon, the event ‘Mix + Match: Internationals and Arts’ took place at the Parktheater in Eindhoven. The goal of this event was for internationals to meet, collaborate, and innovate with the arts sector of Eindhoven.

The student company Confusion Events Agency, which consists of students from the NHTV Breda University of Applied Sciences, organized a whole program of workshops, brainstorming sessions and presentations.

Parktheater sees the arts world is changing and takes its role serious by reconsidering its position in connection with the outside world. As Managing Director Giel Pastoor expressed: "Our mission statement of 1964, when our theatre was built, still holds good for today: To give all the people of Eindhoven the opportunity to view more and new perspectives of the world, to get in touch and learn from new worlds, new cultures, new arts, new people and fields." He says he was surprised it was still so valid today.

Getting in touch with each other will do the work, was the credo. There were presentations from ‘The Hub Eindhoven for Expats’ with Lin Pender, one of the founders, telling the audience about the purpose of The Hub, which is offering internationals a living room to meet and to connect. A talk by Cristian Boscheri enlightened the public on all the aspects of the global sharing economy.
Furthermore, there were drawing, writing and culture workshops given by CKE, Van Abbemuseum and Eindhoven News who, together, established the goal of getting the message across that cooperation with the outside world is essential for the Arts and Culture sector.

Kristel Zegers, who is the NHTV students’coach, remarked that traditional definitions of the Arts and Cultural segment are evolving and that the new players in that field need to use new media in order to get closer to the people.

On a lighter note, there was a ‘fact or fiction quiz’ with questions such as: ‘is PSV the best soccer club?’ and ‘was Strijp S once called the forbidden city?’. They made the visitors express their fact or fiction opinion, which was delicate sometimes.

Finally, the international mix of guests mingled and exchanged their afternoon’s experience during the networking drinks at the end of the occasion.

The theme ‘Raak elkaar’ (touch each other) in Parktheater’s mission statement was achieved.