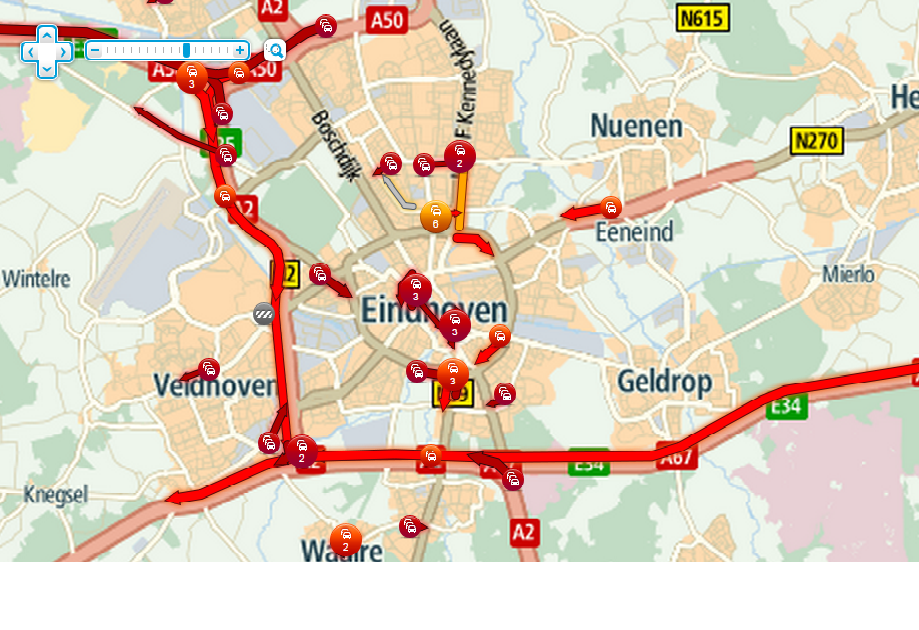 Traffic in Eindhoven was at a total standstill today. There were long traffic jams on the motorways surrounding the city. This was the result of three car accidents which took place earlier today on the A67 motorway.

The city itself has also been suffering from traffic congestion, due to the GLOW light festival and also due to the car accidents. The heaviest congestion is on the ring road and in the south of Eindhoven.