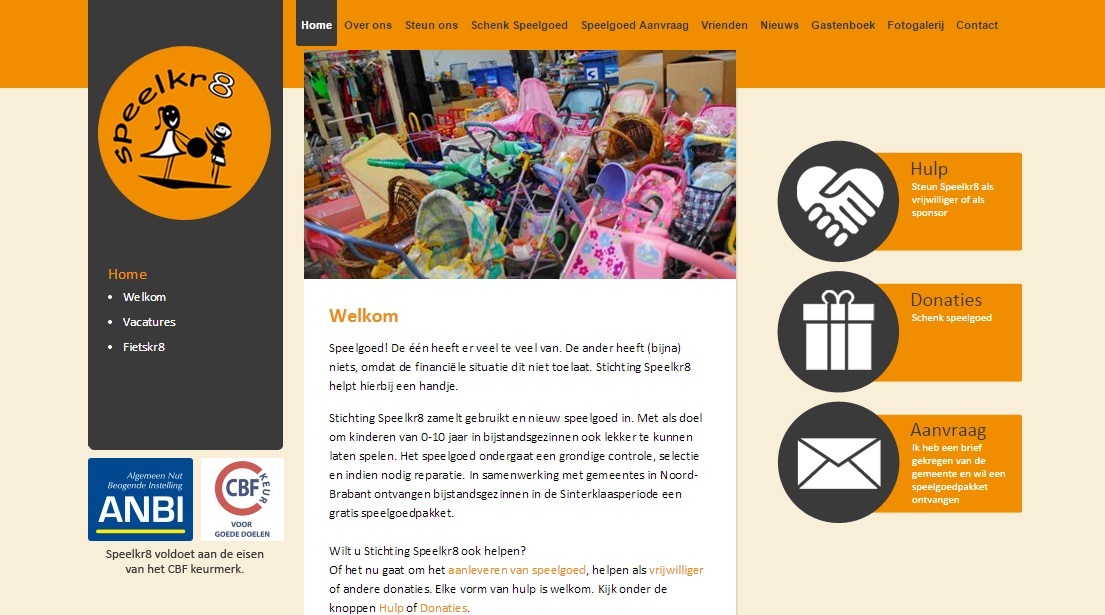 Families who are not well off financially, but still like to celebrate the festive December month with presents, can rely on Speelkr8′ (playing power) foundation but again this year. They have started collecting toys and bikes again.

The first collections of this year will be in the afternoons of the coming weekend in Eindhoven, Nuenen, Geldrop and Waalre.

In more than thirty elementary schools in the Eindhoven region the foundation has handed out so called ‘Speelkr8zakken’ (bags). Students and the students’ parents can fill the bags with toys which they don’t use anymore.

Speelkr8 will hand out these toy packages to families selected by the cities at the end of November. The foundation would like to include one bike per family as well. They will need one thousand five hundred bikes to reach that goal.