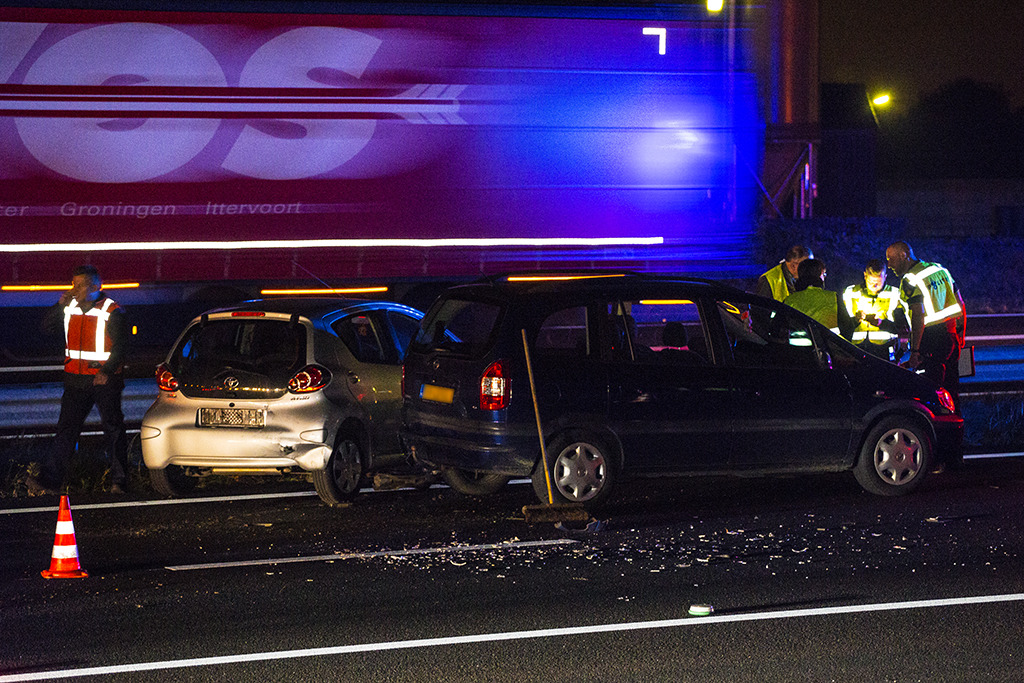 During an accident on the A50 near Son at least 2 people have been wounded. There was a collision of five cars, which caused a lot of damage. The entire road in the Oss direction was obstructed.

The two casualties have been taken to hospital by ambulances. The cars which had been so severely damaged they were not able to ride anymore, have been collected by a recovery service.

When the situation was under control, the remaining traffic was led along the shoulder of the road. Finally the entire road was released again.