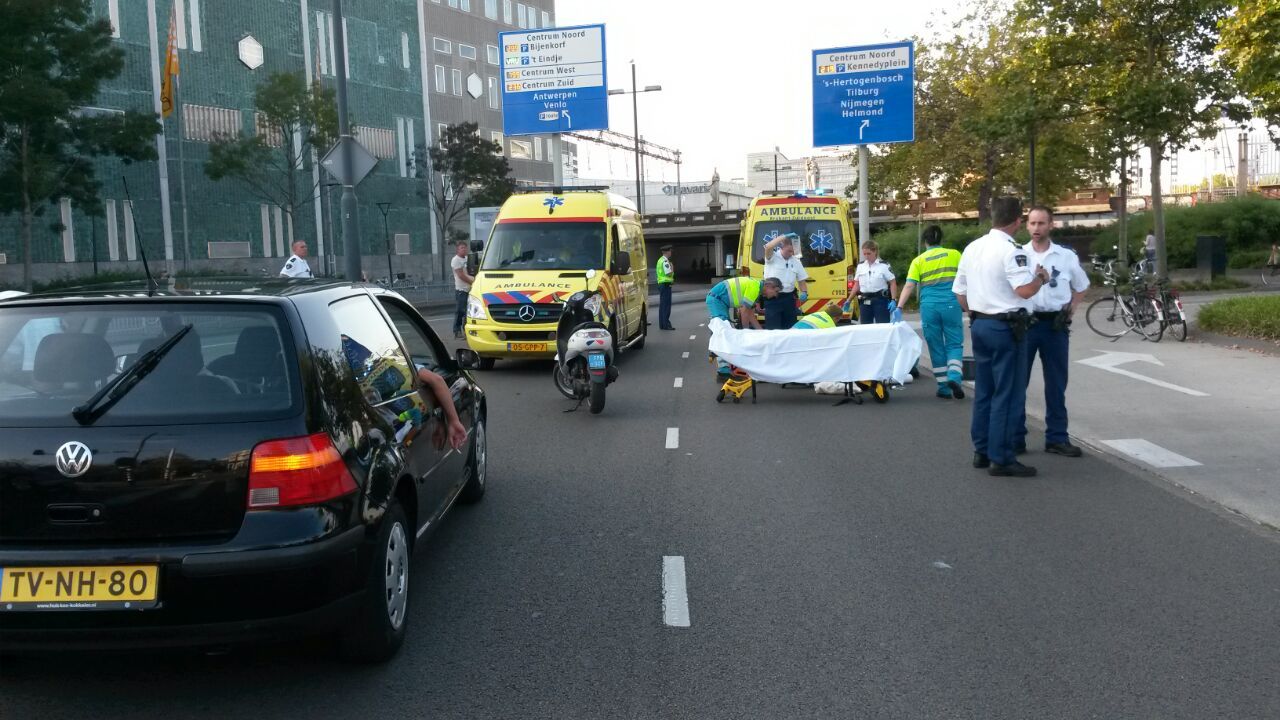 A woman was seriously injured after colliding with a motorcycle on the Vestdijk on Wednesday afternoon. The woman was hit as she crossed the road in the vicinity of the Bijenkorf, The casualty was rushed to the hospital with serious injuries.

Passers-by said they saw the woman had ignored the red light at the crossing opposite the Eindhovens Dagblad offices. The road was closed while the emergency services dealt with the situation which led to traffic chaos being caused in the city centre.

The police are currently investigating the accident. The motorcyclist was taken into custody.