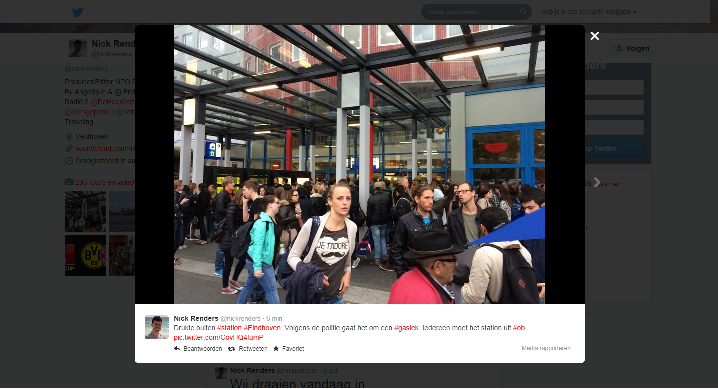 The Central Station in Eindhoven is open again. At around half past four on Wednesday afternoon, an alert was made regarding a suspected gas leak. Several fire and police vehicles quickly arrived at the scene and the station was closed.

Intercity trains remained stationary and other passengers were directed to the station square.

From measurements taken by the fire department, it was quickly established that there was nothing wrong. The station was reopened shortly thereafter.