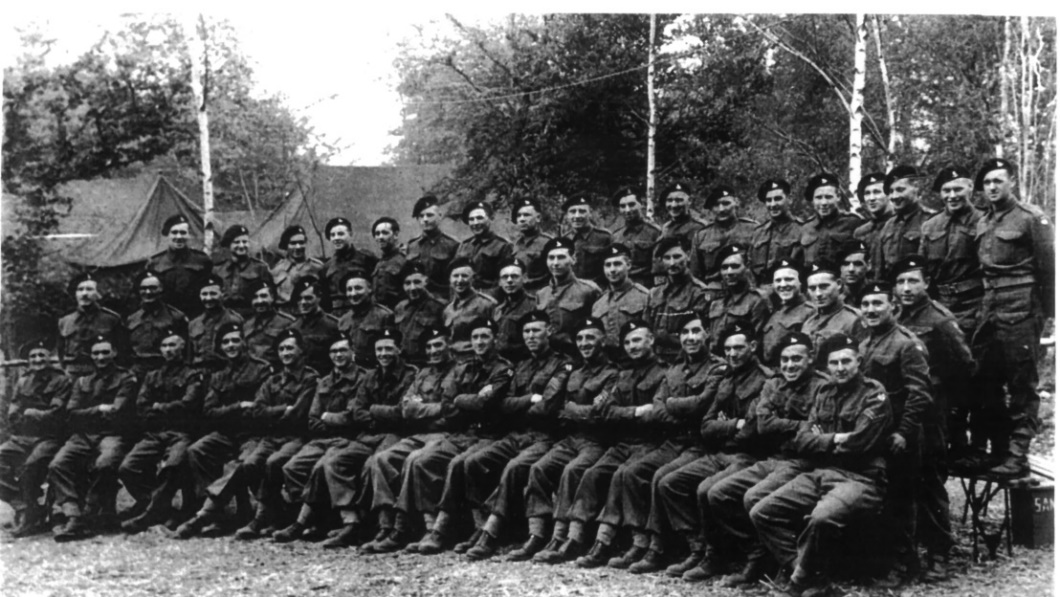 The 24th of September 1944 in Veghel, was warm and sunny. It was a bad day for the gunners of 342 Battery, being shelled at regular intervals by enemy artillery, but returning it with just as much ferocity. They were firing in support of attacks made by 44th Royal Tank Regiment and 101st US Airborne Division, with the gun position south of Veghel – St. Oedenrode, 1000 yards short of the Veghel Bridge over the Zuid-Willemsvaart Canal.

As night time fell, and although they were still answering fire calls from 101st US Airborne, the men of 342 Battery made a sickening discovery. The infantry of 231 Brigade of the 50th Northumbrian Division, had moved north to a new position, leaving the gunners with no support, in an area that was infested with Panzer Grenadiers and enemy tanks. What is more their position had been known to the enemy all afternoon.

21-year-old Gunner, Joe Cattini, on one of his many hazardous ammunition deliveries, explained to Dorothy 70 years later that he had seen large shell holes, shockingly peppering the gun area of 342 Battery, which bore witness to the ferocity and accuracy of the German artillery. Delivering vital supplies via the aptly named ‘Hell’s Highway’ was a dangerous business. That day the Regiments War Diary records that a large number of ammunition and petrol lorries had been brewed up.

Thankfully, Joe got through unscathed. When the enemy succeeded in cutting the road, trucks were jammed bumper to bumper – the road being a perfect target for lethal German 88’s, as it was higher than the surrounding landscape, so as Joe remembered, any vehicle was a perfect target for enemy guns. He told Dorothy that ammunition trucks would explode in a ball of flames – if the driver was lucky, he might just have time to leap to safety from the driver’s seat, before being himself engulfed in flames, or blown to bits. The wreckage of burnt out vehicles littered the route, as an unwelcome reminder to drivers like Joe Cattini, carrying vital supplies.

The men of 342 Battery knew it was going to be a very long and anxious night, with the enemy never far away and often surrounding them. Knowing that two days before, in Eerde, the Germans had been murdering civilians in cold blood probably didn’t help to ease their minds.

In the picture: C Troop 342 Battery