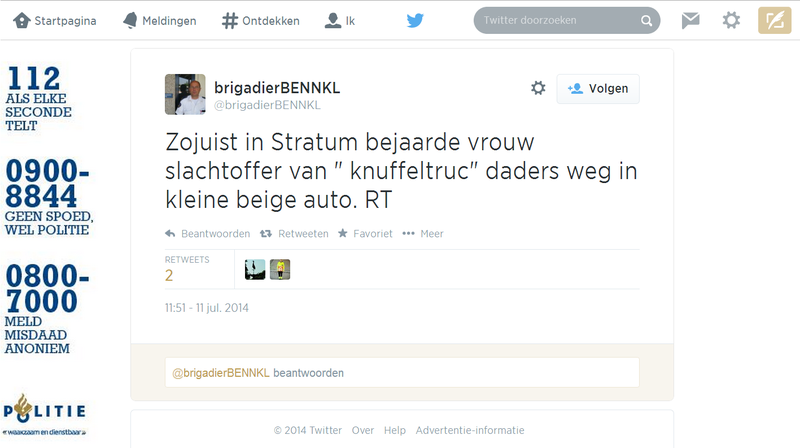 Bennekel neighbourhood officer Jos Heesters sent a tweet today, stating that an elderly woman became the victim of a ‘hug trick’ in Stratum this afternoon. Afterwards, the perpetrators fled in a small beige car.

Doing a ‘hug trick’ usually means that perpetrators ask a passerby to show them the way. By way of thanks he or she is embraced and then pieces of jewellery, for instance a necklace, are often pulled from the neck.

The neighbourhood officer had used Twitter before to warn people against a short stout, dark-skinned man, who calls at homes in the Bennekel to offer gifts on behalf of Trudo. Heesters advises people not to take action, but to phone the police immediately.