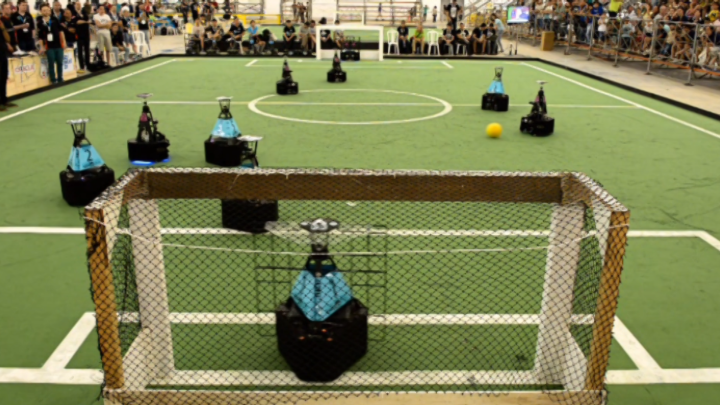 The TU Eindhoven soccer robots are placed in the semi-finals at the World Cup in Brazil.

During the Robocup 2014 in João Pessoa, the robot teams play soccer independently. The Eindhoven team technical staff was able to continually improve the robots performance, which resulted in a semi-final place. The Eindoven team has so far won eight of the ten group games.

The Robocup’s goal is to accelerate the developments in robot technology. After the tournament, the teams share their knowledge with each other. In 2050, the robot team should be able to defeat the human soccer world champion.