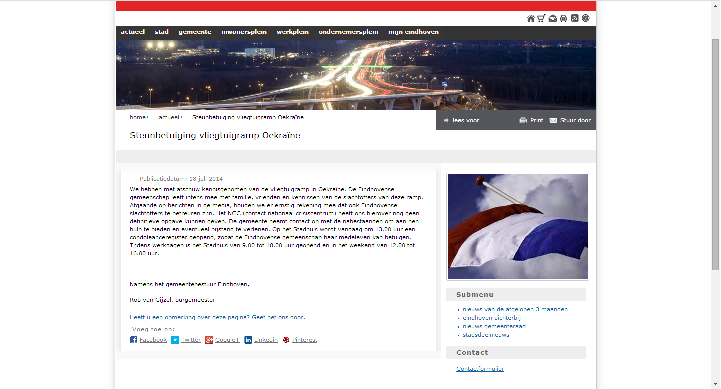 Mayor Van Gijzel announced on the municipal website that the municipality had opened a condolence register, for expressions of support for the victims of the plane crash, in the Eindhoven City Hall.

Van Gijzel offered his condolences to family and friends of the Eindhoven victims of the disaster. The municipality will contact the victims’ relatives in order to offer any necessary help.

The City Hall flag hangs at half-mast and, in doing so, the municipality has complied with Prime Minister Rutte’s wishes. He wants all Dutch government buildings to express sympathy to the bereaved in this way.

In the crash of the Malaysia Airlines aircraft at least 189 Dutchmen were killed, including four inhabitants of the city of Eindhoven.