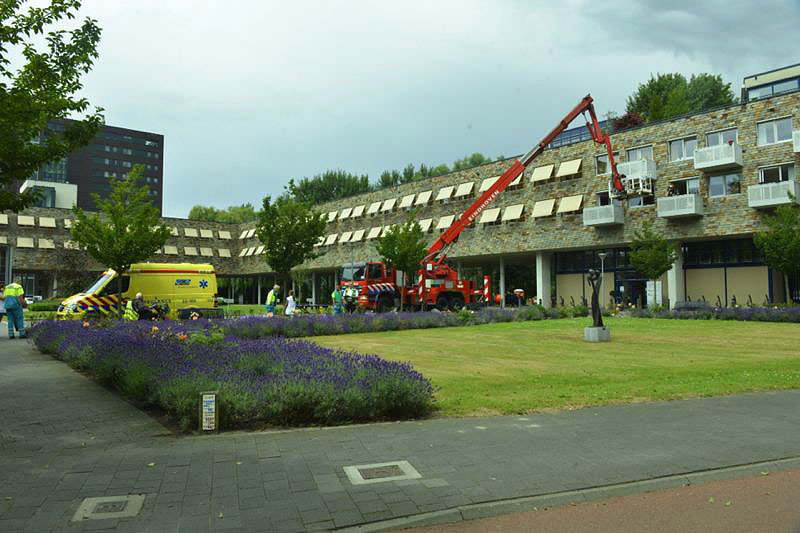 Yesterday afternoon, a large fire was reported at nursing home Vitalis on Herman Gorterlaan. The fire department extinguished the fire within an hour, but there was a lot of panic.

It turned out to be an indoor fire. No smoke or flames were spotted outside, but the corridors in the building were full of smoke. Reason to evacuate the residents of several apartments.

The fire started in one of the residents’ apartment. She was immediately brought to safety. Nobody got injured.

A total of 84 people were evacuated and were taken care of by medical personnel.

The exact cause of the fire is still unknown.