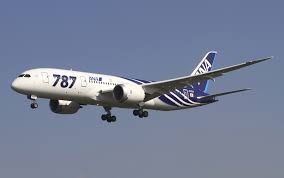 The brand new Boeing 787 Dreamliner made a flight above the Netherlands today. The long-range, mid-size wide-body, twin-engine jet airliner is the first Dutch Dreamliner and was bought by tour operator Arke. It arrived from Seattle last week.

The Dreamliner made a flight above all four TUI Nederland headquarters in Rijswijk, Ammerzoden, Schiphol and Enschede. At Eindhoven Airport, it flew at a low altitude, so that it was clearly visible.

The Dreamliner’s first commercial flight was to Antalya, Turkey, and took place on 8 June. The aircraft will mainly be used for flights to Aruba, Bonaire and Curaçao.