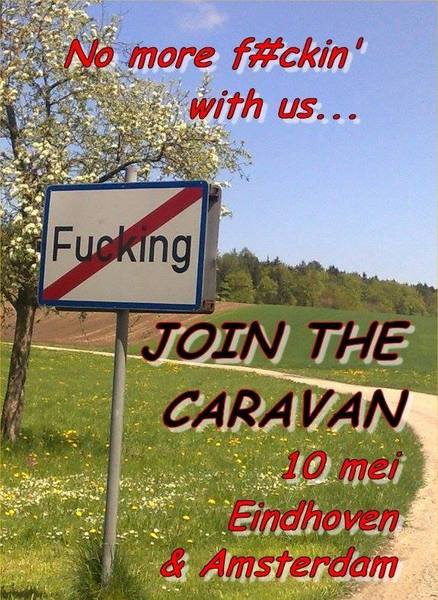 The bikers left from the Karpendonkse Plas around 13.00 Hrs on Saturday and arrived in Valkenswaard about 2 hours later.

Biker organizations have gotten a lot of bad press lately. So, in order to improve the image of bikers in general, motorcyclists joined their forces in a tour called ‘Join the Caravan’.

The tour attracted about 1,500 bikers from all over the country and a lot of attention from both media and the public. The police had been informed, but no incidents were reported.