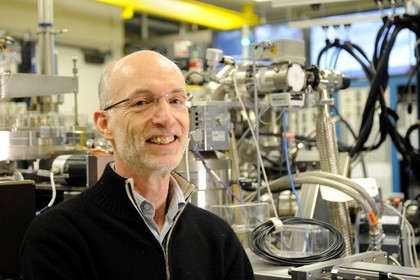 The one million euro award was given in recognition of his development and pioneering work in spintronics. The illustrious group of winners includes World Wide Web inventor Sir Tim Berners-Lee and Linux creator Linus Torvalds. The prize has been awarded every two years since 2004 by Technology Academy Finland (TAF).

Parkin is based at the IBM Almaden Research Center in California and is director of the IBM-Stanford Spintronic Science and Applications Center. Parkin was awarded an honorary doctorate by TU/e in 2008 and was also appointed as the university’s first distinguished professor the same year.

His most important achievement was applying the ‘GMR effect’ in hard disks, as a result of which it was possible to increase their storage capacity by thousands of times. According to TAF, Parkin’s work was instrumental in achieving the huge increase in the ability to store and access data, which in turn led to the rise of social media, cloud computing and online streaming of music and movies.