Home NEWS Hotel guest dies after falling out of window 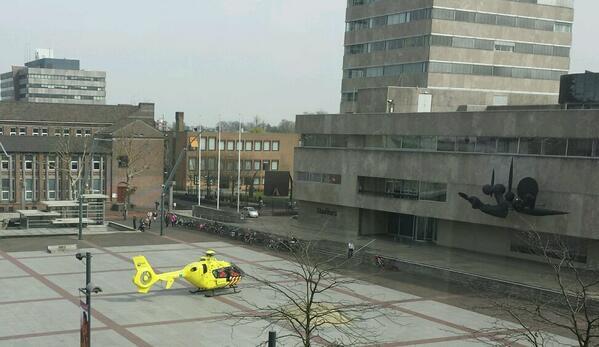 The man who fell out of the window of Hotel Queen yesterday afternoon and was taken to hospital with severe injuries, died, a police spokesperson reported last night.

People who were sitting or walking around at the Markt witnessed the fall. The police closed the Markt for a short time. A technical investigation was carried out, but reported no criminal offences. The identity of the hotel guest, who was taken to hospital by an emergency medical service helicopter, was not released.

According to hotel owner Perry Kusters, the guest refused to leave his room and reacted angrily to the requests. When Kusters entered the hotel room, the man had disappeared and the window was open. The man had climbed onto the roof.

From a window, police officers tried to prevent the fall. The police first suspected a suicide, but then started having doubts about whether the man had fallen or had let go intentionally. The hotel owner thinks it is an accident, but does not understand why the man fled because he had already paid the bill.