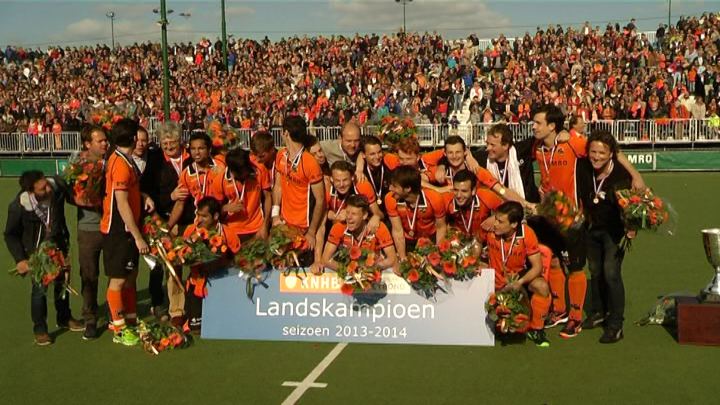 Bloemendaal started strong with a beautiful goal from Boon, who scored the first time he entered the circle.

It is the second time Oranje Zwart win the Dutch National Championship. The first time was in 2005, playing away, at HC Bloemendaal. In last year’s playoff finals, Oranje Zwart lost from Rotterdam.