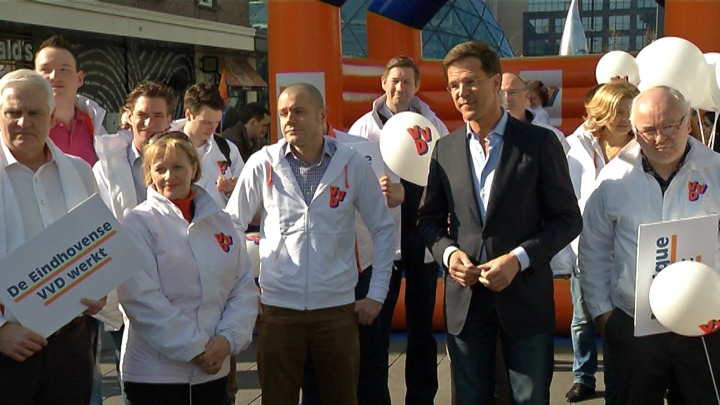 The Eindhoven region plays an important role in the economic recovery of the Netherlands. Brabant is even its driving force, Prime minister Rutte said during his visit to Eindhoven Saturday.

Rutte was in the centre of town for the VVD election campaign. He stressed the fact that the region makes a large contribution to the economic recovery, because of its high quality manufacturing industry and innovative high tech sector.

The rest of the province is important for the recovery as well, he said. Also, he sees Eindhoven setting a model for the rest of the country in the way government, businesses and knowledge institutes cooperate.

Besides Rutte, PvdA minister Dijsselbloem and GroenLinks leader Bram van Ojik were also campaigning in Eindhoven Saturday. Dijsselbloem met residents at the market in Woensel; Ojik joined activists at the border of Son en Breugel and Eindhoven to protest against the highway diamond around Eindhoven. Rutte and the VVD are promoting the diamond.