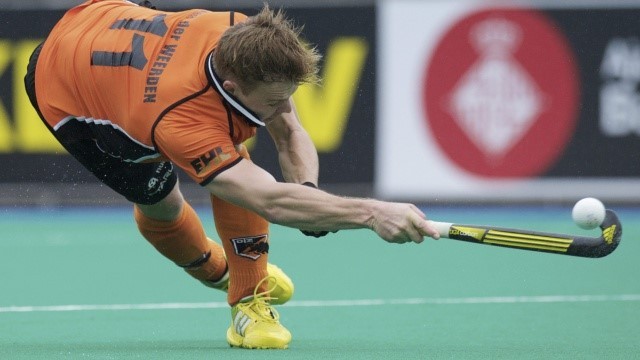 The Eindhoven based club will welcome 16 of Europe’s finest teams to their venue for a stunning six day European champion’s knock-out tournament from 16 to 21 April 2014. This is first time in EHL history that the KO16 and Final Four events have merged.

Following the completion of a superb Round 1 in Barcelona (ESP) and Lille (FRA), the Euro Hockey League (EHL) and the European Hockey Federation (EHF) announced Eindhoven would host the final.

The joint event promises to be a magical and memorable week in the history of the world’s greatest club competition, where some of the finest players on the planet will be giving it their all to win the much-coveted Alain Danet Trophy.

‘We are proud that Oranje Zwart and Eindhoven have been chosen to host the EHLKO16- Final Four’, said Oranje Zwart President Simon van den Boomen. ‘Eindhoven and the EHL both have always stood for innovation and I am convinced Oranje Zwart will host a memorable event in this tradition.’
Oranje Zwart is one of 16 qualifiers. Teams from England, Germany. Spain, Poland, Belgium and France will also be represented at the tournament. The Euro Hockey League will broadcast all the action live.