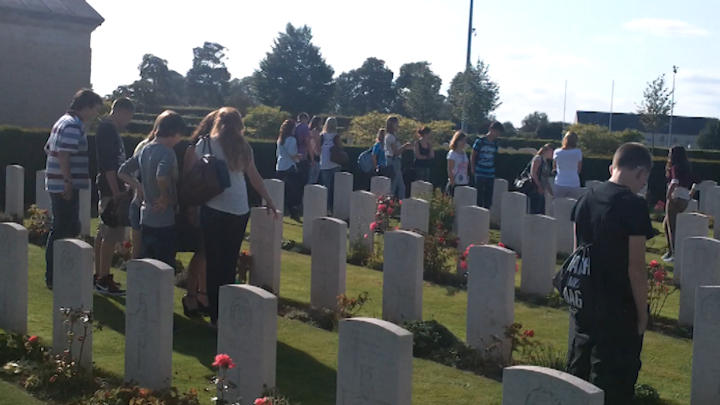 A delegation of about 40 school pupils from Eindhoven will be going on a three-day trip to Poland to visit Krakow and Auschwitz in April. The purpose of their visit is to witness the horrors of the Auschwitz concentration and extermination camp first-hand.

The trip is an initiative of the 18 September Foundation, which organizes the commemoration of Eindhoven’s liberation each year. 2014 will have a special commemoration ceremony because it is exactly 70 years ago that Eindhoven was liberated from the Germans.

The foundation also organizes a school trip to French Bayeux each year, where the pupils visit the allies landing beaches. This year, due to the 70 years commemoration, the foundation decided to make the youngsters extra aware and make sure that they fully comprehend the meaning of Freedom.

During the following weeks, approximately 40 students will be selected and thereafter prepared for the trip.

The trip will be almost completely sponsored. Cooperation with Eindhoven’s air force base makes it possible to go to Poland, because they will provide two busses for this trip.

The students will leave Eindhoven on Tuesday 8 April 2014 and will be returning on Saturday, 12 April 2014. Studio040 will join them for the three days in order to cover the trip.