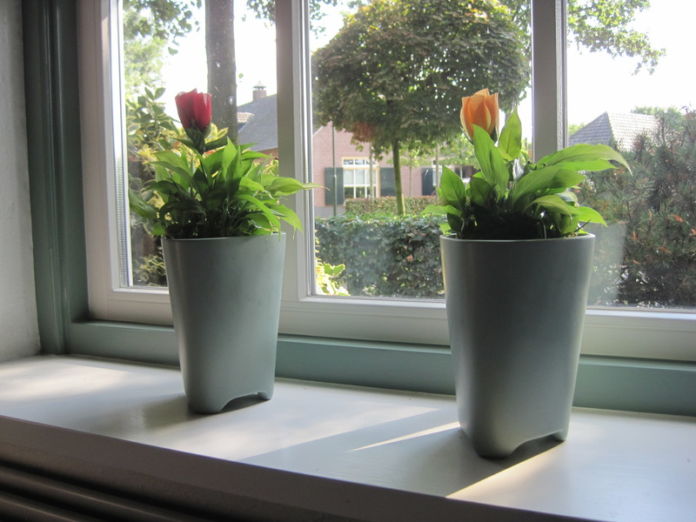 If you are planning on purchasing a decorative gift for Dutch friends or relatives this holiday season, there is one shopping tip that you must be made aware of: always purchase two identical items.

A single item, even a Ming vase, has almost no chance of being displayed anywhere other than the back of the linen closet. If you want your Christmas gift to be honored with a prime real-estate location like the living room window, you’ll have to shell out for a matching set. Dutch window dressing is like the Noah’s ark of design; window ornaments always come in pairs. It is one of the unspoken, perhaps even unconscious rules of Dutch society that was exposed by the ex-pat blog ‘a touch of Dutch’ (atouchofdutch.blogspot.com). Not even the ex-pat’s bible to life in Holland, The UnDutchables, mentions this peculiar Dutch custom. It is entirely likely that you never noticed this phenomenon before, but now that you are aware of it, I challenge you to walk down any residential street in The Netherlands without spotting at least one window displaying two identical candleholders, urns, potted plants, etc.

Note also that these trinkets are often placed in front of the curtain, and thus clearly put there for your viewing pleasure and not the enjoyment of the residents inside, so don’t feel embarrassed about gawking. If you think the owners aren’t at home, you can even try snapping a quick photograph (won’t the neighbors be jealous then)! Here is a picture demonstrating the ‘two items’ phenomenon taken by Isabella from the ‘a touch of Dutch’ blog: So what is the origin of this peculiar Dutch habit? Why is it so prevalent in the Netherlands but seemingly nowhere else? The cynical explanation is that retailers must typically sell window ornaments with a ‘second item half price’ tagline, which we all know is irresistible to the Dutch consumer. The true explanation more than likely rests with the fact that Dutch society is heavily burdened with the keeping up with the Jones’s mentality. Not in the American sense, where you try to outdo your neighbors with larger more ridiculous looking SUVs and faux Corinthian pillars covering the drain pipes, but in the Dutch sense of trying to make sure your home is not lacking any of the standard accoutrements. It’s about standardizing, not standing out.

So all it took was one household somewhere in a forgotten Dutch village (possibly inhabited by an enterprising window ornament salesman) to first begin displaying two candleholders in their window, and from there, the madness started. Like a viral infection, ‘two identical things in the window’ disease gripped the nation. [nbsp] As a holiday experiment for 2009, we could toy with the Dutch psyche and give three identical gift items to our Dutch friends instead of two. If our experiment works, I give it one year before every window in the country will have shifted from two to three ceramic dolphins, IKEA lamps, etc.

But until that happens, don’t be surprised if – when you unwrap your Christmas presents this year – you find that your Dutch friends have given you an identical pair of imitation ship’s lanterns. No home in Holland would ever be complete with just the one.