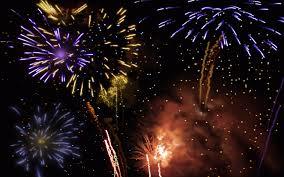 Point made surely? On New Year’s eve[nbsp] I’m scared to go outside because children and teenagers are walking around town with firecrackers. Don’t they realise that they could lose their hand or set fire to themselves or throw it at a person causing them harm? Parents are setting a bad example: they shouldn’t buy fireworks for them in the first place!

And what about the money! The Netherlands sent fireworks to the value of seventy million Euros up in smoke on New Year’s Eve; that’s ten times the yield of Serious Request! I am not against any form of fireworks. Instead of individuals setting off fireworks, let’s have a big community firework display. This is safer, cheaper and much more fun for everyone, even those who hate the bangs in the first few hours of January 1. Fireworks on New Year’s Eve may be a Dutch tradition, but that does not mean that we should not think about doing something about it. Surveys suggest that a ban on fireworks would have widespread support, so what are we waiting for?

Who dares to stop this dangerous, expensive and unhealthy tradition?