On a piece of land in the Collse garden in Tongelre, ‘super cultivators,’ Gerard and Illuminata, have grown no less than 600 kg of produce in ten months.

Lettuce, tomatoes, celeriac, raspberries, pumpkin, courgette, and much more. These Eindhoven residents’ allotment garden has flourished. A year ago, it was still a bare patch of land. Now, it has an offer that can easily compete with any supermarket’s vegetable department.

The couple took over the garden last October. They have since spent countless hours building and maintaining it. By the summer, it already looked so great that other people with allotments would stare in wonder.

“Sometimes with jealousy”, Gerard says. How do they do it? Perhaps the secret lies in the combination of the two.

Illuminata talks to the vegetables a lot and has the necessary knowledge. In Poland, she had to help out in the fields from a very young age. “I was seven, just a little girl. It was hard, but we had to help our mother”, she sighs.

Her husband, Gerard, gratefully took on the expertise, And by now, he already knows the most important rules of thumb by heart. “Fertilize, fertilize, fertilize. Then the soil becomes fertile, and the weeds stay away longer”, he says.

They could begin harvesting as early as June. Kilos of tomatoes, masses of green beans, and huge loads of potatoes. Neighbours, family, and friends all benefited. Illuminata says, “We gave kilos of vegetables away.”

“It’s great to be able to give people something. Everyone was happy. My friends sent me pictures of the dishes they had made with our beans and other vegetables. That was so much fun.”

After adding everything up, the couple arrived at a conservative total of 600kg harvested for this year. The couple’s cellar is full, as is their freezer. So, in the coming months, they won’t have to shop for vegetables. “And that makes a big difference”, Gerard says. “But not only that, they taste better too.”

Next year, Gerard and Illuminata plan to break their own record. They hope to two gardens by then. 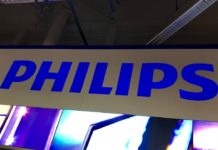 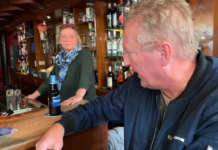