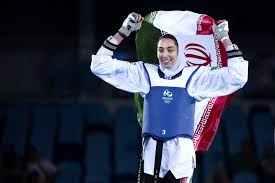 What should women do or wear, when to bear a child, when to talk and what is allowed to know have been determined by men for many centuries. Great potentials and dreams died inside fragile bodies. Minds were locked, bodies were just servants. Simple rights that come with being a human, were withheld. In time, women learned how to survive.

But times are changing. Women are rioting against the systems created by their “masters”. Women are coming together, supporting each other. And a young woman from Iran takes the courage, leaves everything that she was used to behind, and sails to unknown worlds to an unknown future. The drive to get her power back is so strong, she is ready to pay any price.

She broke free from her suppressors, and now she is facing with borders, passports. Some other man-made limitations are around her neck to break free. She now needs to look for a “home country”. And she has something to offer: her great athletic skills.

Beloved women in Eindhoven expat community. We also left our homes and opened up for new worlds. We still struggle with being away from family support. We know the feeling of loss. Now multiply all those emotions you have been holding, and try to relate to our sister Kimiya Alizade.

Let’s embrace her in our minds and wish her well in her courageous journey.

All the suppressed communities owe something to the pioneers for their winnings and reclamations. Kimiya Alizade is a pioneer too. Her winnings will be in the future ours collectively.

(Iran’s only female Olympic medalist, taekwondo athlete Kimiya Alizade left her country, due to suppressive policies and unjust treatments toward women. Her first stop is Eindhoven. She is training here with the Dutch team. Future will tell if she will be granted asylum and for which country she will be competing in Tokyo Olympics)