With the flu season on, this post is about a very welcome kind of epidemic that is going around. The ‘Wimbledon of Chess’ – the Tata Steel Chess Tournament in its 82nd edition – is the source of all this buzz. Wijk aan Zee has been playing host to the finest chess grandmasters, amateurs and chess enthusiasts from the world over.  Eindhoven, the on tour location, has also been equally chess crazy this time around. Eindhoven News brings you some ideas to keep this interest warm through the year.

More than just a game:

“Chess is everything: art, science, and sport.” That is how the famous Russian grandmaster Anatoli Karpov defines chess.

It is a past time like no other in that it can guarantee you a lot of fun and lifelong mental health. In a world where one in four people are affected by mental disorders (WHO:2019), chess seems to be the need of the hour. Chess forces one to exercise both sides of the brain which is why it has a therapeutic side as well. Who does not want to prevent Alzheimer’s in the future?

So the next time you invite friends or family over, why not play a game of chess or two?

Surround yourself with those who have similar interests by joining a chess club near you. Not only do you get an opportunity to play with other members, but you might also find avenues to volunteer, get trained and even play some tournaments. The Noordbrabant Schaakbond (NBSB) is a very active chess federation that unifies all the activities of the local associations. Visit their website for all chess pursuits in North Brabant including youth chapters. The chess clubs have weekly playing days and host tournaments in the region.

Be sure to look up a list of options and choose your chess club here.

Children who play chess have better creativity, concentration and problem solving skills.  It is guaranteed to improve their IQ. In fact, Armenia is the first country in the world where chess is compulsory and part of the national curriculum for children six years upwards. In the Netherlands, some of the primary schools give chess lessons and that is an ideal place for kids to learn and start playing this sport. More information can be found in the Schaakbond website.

Grandmaster Vishwanathan Anand recommends all kids to try out a little bit of chess. Given a bit of time, they will decide for themselves if they love the game and want to pursue it as their first interest. And they only gain from this process in a positive way. They can join one of the clubs to get trained and to engage in some competitions.

Check out the primary school chess tournament in Eindhoven where school teams compete for the title.

Teach the teenagers too:

Current day statistics on teenager screen times are alarmingly high. More than 7 hours a day are spent on the gadgets for entertainment purpose alone. Even an hour of chess can help teenagers pick up strategic thinking skills which help them to plan, think and make better decisions in life. A key skill that comes with playing chess is patience and this is needed in truck loads at an age where there is a tendency to be impulsive. Its very important to continue playing chess well into middle school and high school.  After all, the youngest grandmasters achieved the feat in their teenage. Who does not want to be the next Magnus Carlsen?

Take those chessboards out and challenge your teenage kid to a game of chess! 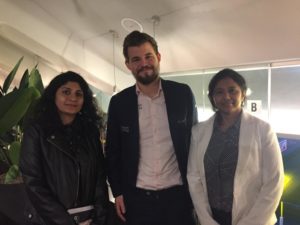 Technology to the aid:

Never fear if you are unable to find a club nearby. For the internet is flooded with chess software that teach chess, play against you or analyze and provide game simulations. From basic to advanced options, there are all sorts of specialized software to dish out strategies and tactics. A new trend for grandmasters is to be trained by these powerful online tools. IBM’s Deep Blue did beat Garry Kasparov when he was the then world champion. While in conversation with Vishwanathan Anand at the Tata Steel Tournament 2020, he mentioned how technology is able to generate infinite chess patterns nowadays. This is very different from how players analyzed possible patterns traditionally. Read interesting insights in his book ‘Mind Master: Winning Lessons from a Champion’s Life‘. For the very serious champs amongst you, invest in a digital chess board kit which lets you play live matches, save and analyze your moves or trains you to become an expert.

As Irving Chernev puts it, every chess master was once a beginner. Let us do our bit to spread this chess epidemic further in the Netherlands!