Students from other countries help to enhance Dutch research, the economy and the job market. While internationalisation in higher education is of great value to Dutch society, the numbers of international students should not exceed certain levels.

A recent Interministerial Policy Review (IBO) warns that internationalisation could threaten the funding, quality and accessibility of education. To restore the balance, the government wants to introduce stricter rules on the language of instruction, raise fees for students from outside the European Economic Area (EEA) and make it possible to restrict the intake on courses taught in a language other than Dutch.

These measures are part of the Language and Accessibility Bill, which builds on the IBO recommendations on internationalisation in higher education. The cabinet has approved education minister Ingrid van Engelshoven’s proposal to submit the bill to the House of Representatives.

‘Internationalisation in higher education is a boon for our knowledge economy, the private sector and the job market. Long may this continue!’ Ms van Engelshoven said. ‘However, research shows that the proliferation of foreign students and courses taught in English is putting too much pressure on higher education here. There’s a real risk that the system will soon be unable to cope with the numbers of new students. It will squeeze funding for higher education and also crowd out Dutch students. So I’m introducing these measures to safeguard the quality and accessibility of higher education, and ensure that the international dimension is more in harmony with other aspects of Dutch higher education.’

More focus on proficiency in Dutch

The IBO study shows that continued growth in the number of international students and English-taught courses could undermine students’ proficiency in Dutch. The minister wants to avert this trend. The law currently requires higher education institutions to promote Dutch-language proficiency among Dutch students. The proposed amendment will extend this requirement and make institutions responsible for facilitating foreign students’ acquisition of Dutch, too. This will enhance the students’ links with their host community and the regional job market, increase their employability and strengthen the position of Dutch as a language of scientific research. It will also raise the chance that international students stay on in the Netherlands, which is good for the job market. In addition, institutions offering the bulk of their tuition in a language other than Dutch will be assessed by the Netherlands-Flanders Accreditation Organisation (NVAO) on whether these courses add value as claimed. Ms Van Engelshoven emphasised, ‘As the minister of culture, I also have a strong vested interest in the Dutch language.’

Under the terms of the Language and Accessibility Bill, a student quota (numerus fixus) may be introduced for courses where the language of instruction is not Dutch and where there is a capacity problem, but does not have to apply to the entire bachelor’s or associate degree (AD) programme. This will safeguard access to the Dutch-language course variant. It will also be mandatory to obtain the minister’s consent for restricting the intake to a course. 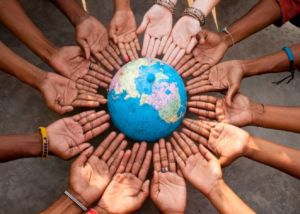 The minister wants to introduce a higher minimum rate for tuition fees payable by non-EEA students, so that student flows from outside the EEA do not have negative financial effects for the institutions in question. The new minimum rate will be the same as the maximum tuition fee chargeable to EEA students, which will also be regulated by the bill. The tuition fee ceiling for EEA students is mainly intended to make studying for two degrees at once affordable.

More grants for Dutch students who want to study abroad

The number of international students studying in the Netherlands is five times as high as the number of Dutch students studying abroad. International students are attracted to Dutch higher education providers partly by the funding incentives that have actively encouraged applications from abroad. Now that the need to attract foreign students has declined, the government has other plans for the funding previously channelled to the Netherlands Education Support Offices (NESO) run by the Netherlands Organisation for International Cooperation in Higher Education (Nuffic). The money will now be spent on strengthening knowledge diplomacy at Dutch embassies, thus safeguarding Dutch education and research interests abroad. In addition, the government and Dutch higher education institutions have jointly reduced the number of Holland Scholarships for incoming students and doubled the number of grants (to around 1,540 from the 2020/2021 academic year) for Dutch students who want to study abroad. Doubling the number of grants available will particularly encourage study abroad by groups of students for whom this is less common, such as ethnic minority students, students with family responsibilities or students with a disability.

News source: Government of The Netherlands. 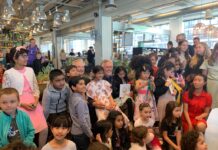 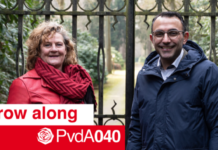 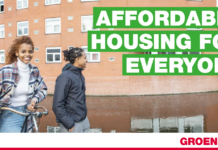 12 August 2022
In Eindhoven, it is now easier to rent out a room. The municipality wants to increase the number of student rooms. Educational institutions call...