Home FEATURES Running for a good cause; do you like to support? 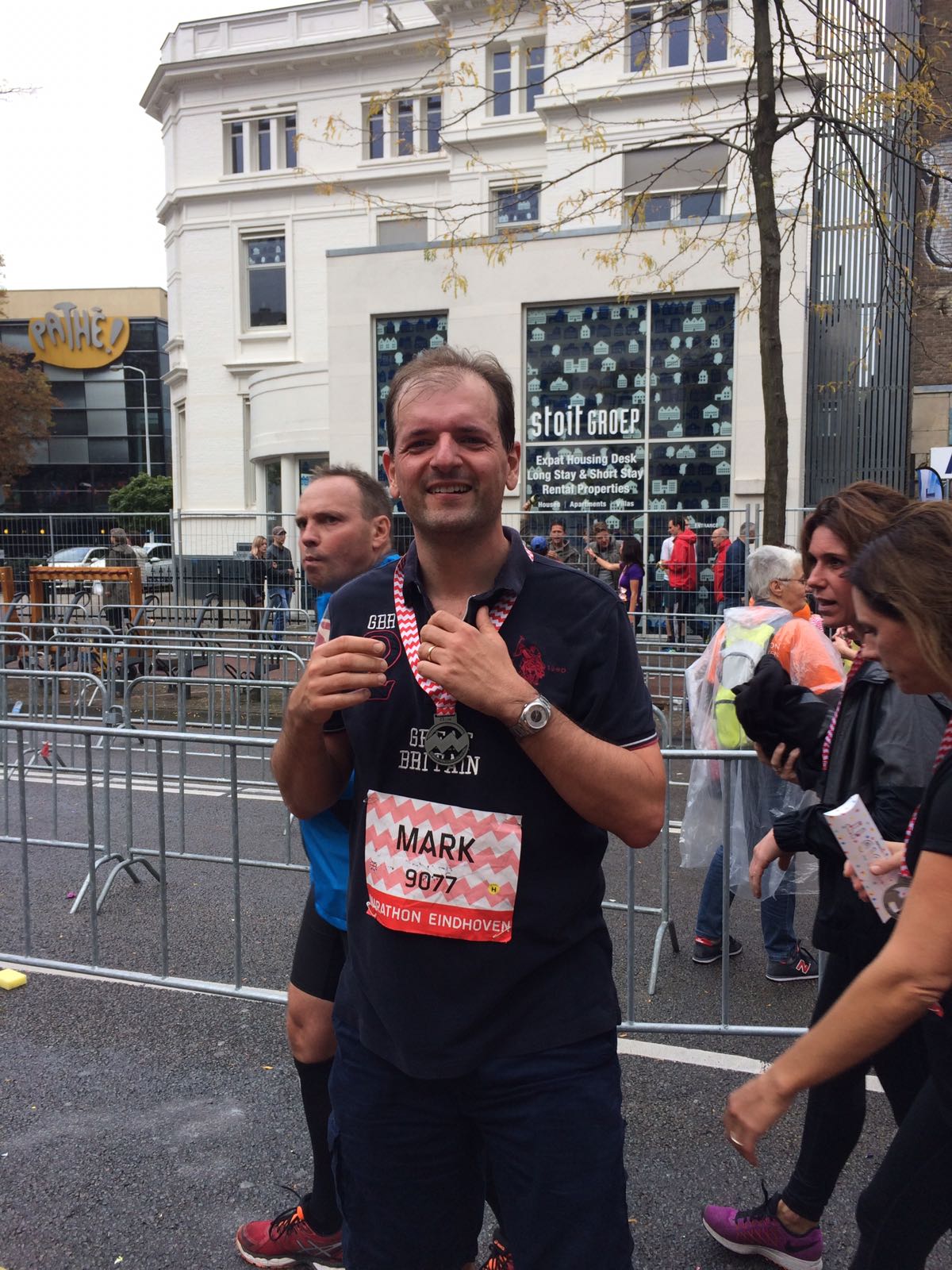 What would prompt an unfit, overweight, middle-aged guy to run a marathon?

Initially, it was the challenge. My brother, who ran the London Marathon in 2014, called me and asked if I wanted to sign up with him? That morning I had gone for one of my very rare runs of about 200m (metres – not miles!) so I thought – why not?! So we both entered the ticket lottery knowing there was a very slim chance that either, let alone both, of us would get in.

There then followed several months of training which so far has resulted in completion of the Philips Connect Run (12.5km) in September and the Eindhoven half marathon in October (photo). Between these two events I found out: neither my brother nor myself had got into the London Marathon.

It could have ended there. But we were determined to get in. So we both contacted various children’s charities to see if we could run for them. Very quickly I had contact with WhizzKidz. They provide personalised, motorised wheelchairs to children.

So now I’m not just running for the challenge. I’m running to make a difference to children – and families – who desperately need it. And so I’m looking for sponsors.

If you’d like to make a difference, please take a look at my sponsorship page which has a short video explaining more about the work of WhizzKidz. Thanks for your support!
Mark Robinson

26 September 2022
It seemed as if the culture prize would not have a sponsor for the publieksprijs this year, but  Braintown stepped in at the last...