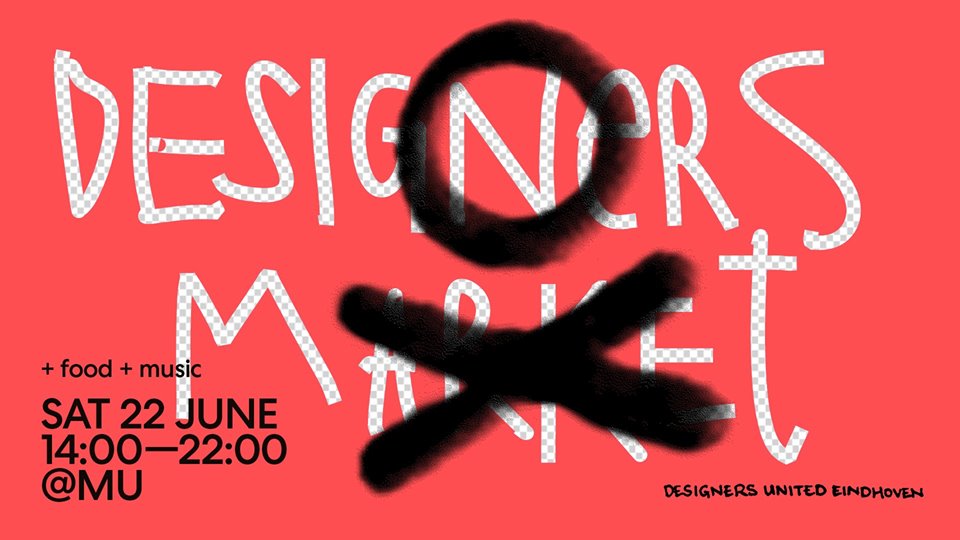 Not design is on offer but designers, during the first Designers Market by Designers United, an open relay event initiated by MU, Wall Street and EDHV/Dutch Invertuals. Because designers know exactly who, what, where, how and why. Or they don’t, in which case they want to know. For what exactly happens before you have a good design? And what does it take? But also: who takes care of your accounting, who is the best carrier, how do you arrange international shipment, how do you draw up a solid contract, what would a good Designers United website look like and how would it function, etc. etc.

All together, the Eindhoven Design community and everyone who feels part of it – even if she/he/they don’t live in the city – can bring in both questions and answers, experience and ambition, plans and partners. There are booths and soapboxes, a megaphone and quiet corners. There’s food by The Waew Food Program. And there is plenty of space for leftovers, prototypes, materials and semi-manufactured products you wouldn’t mind selling or sharing for the right amount or a great idea in return. We open up the market for all things that aren’t actually ‘finished’.

So, (nearly) anything goes, starting this month, at the first Design Market by Designers United: a no-nonsense real-life pop-up by designers for designers – and anyone who isn’t looking for design but feels like designing. Think along, participate, share.