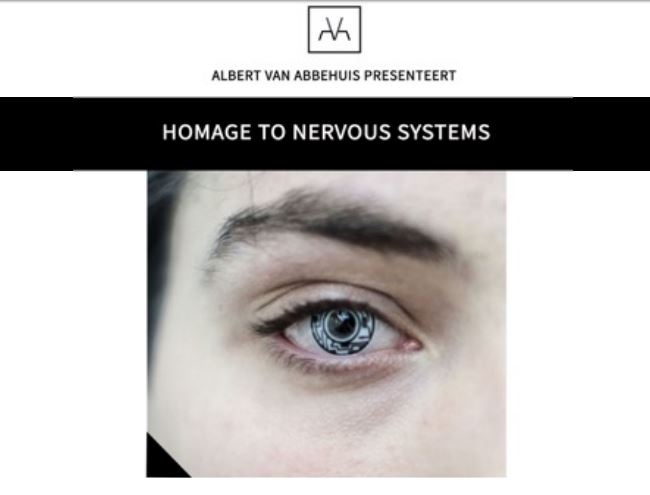 As part of the series of Art &  Science Salons,  Albert van Abbehuis presents on Saturday 7th of March the exposition  “Homage to Nervous Systems”.

Curation Viola van Alphen  investigates the influence of the large amount of data -collected daily by billions of sensors during our commute and communications- in our behavior and understanding of society and ourselves. Main questions addressed in the exposition are:  ” Will today’s systems with their pushing attitude be able to stabilize in the future? Do they contain the power of chaos, disorder and other threats? What is privacy, when it is possible to identify somebody from “anonymous data”, such as his fingerprint or ID card?”

The exposition has been previously presented in Tetem Enschede and builds on a concept developed by Haus der Kulturen der Welt (House of World’s Cultures) and Tactical Tech.Viola van Alpher has been producer and curator of exhibitions Gogbot, TEC art Rotterdam and Manifestations in Dutch Desing week 2016.

Entrance is free. More information on the exhibition (in Dutch) can be found here